Title: Leave The Night On
Author: Laura Trentham
Date finished: 8/3/17
Genre: Contemporary romance
Publisher: St. Martin’s Paperbacks
Publication Date: August 1, 2017
Pages in book: 331
Stand alone or series: #4 in the Cottonbloom series
Where I got the book from: NetGalley
NOTE: I received this book for free from NetGalley in exchange for an honest review. This in no way affected my opinion of the book, or the content of my review.

Love, betrayal, and sweet revenge—life in Cottonbloom is about to get a whole lot hotter . . .

Sutton Mize is known for lavishing attention on the customers who flock to her boutique on the wealthy side of her Mississippi town. So when she finds a lace thong in her fiancé’s classic cherry-red Camaro, she knows just who she sold it to: her own best friend. In an instant, Sutton’s whole world goes up in flames. . .

Wyatt Abbott has harbored a crush on Sutton since he was a young kid from the other side of the tracks. He witnessed Sutton’s shocking discovery in the Camaro at his family-owned garage—and it made him angry. What kind of man could take lovely, gorgeous Sutton for granted? But then Sutton comes up with an idea: Why not give her betrothed a taste of his own medicine and pretend that she’s got a lover of her own? Wyatt is more than happy to play the hot-and-heavy boyfriend. But what begins as a fictional affair soon develops into something more real, and more passionate, than either Sutton or Wyatt could have imagined. Could it be that true love has been waiting under the hood all along?

My review: I was provided a free copy of this book in exchange for an honest and fair review. This book tells the story of Wyatt Abbott, a mechanic, and Sutton Mize, a judge’s daughter. Wyatt has had a crush on Sutton since they were kids, but being from the wrong side of Cottonbloom, he never acted on it. Well that isn’t entirely true, he acted on it in the sense that, like a young boy does, he teased her and played pranks on her, but Sutton appropriately interpreted this as him being mean rather than him liking her. Now that they’re all grown, Sutton brings her fiance’s car into Wyatt’s family shop to get renovated. She’s completely thrown for a loop when she finds another woman’s panties under the front seat of the car. She’s thrown for an even bigger loop when her fiance (Andrew) admits to everything she feared, and so in a spur-of-the-moment decision Sutton tells Andrew that she doesn’t really care anyway since she’s been fooling around with Wyatt. And so begins a tangled web of lies that really only end up acting as a cover for Sutton and Wyatt’s growing infatuation. But with a relationship that began on so many unfounded facts (aka lies), can they really build something lasting?

Overall I like this book okay. It was a pretty solid read for a romance novel, it didn’t do anything to wow or surprise me but at the same time I did enjoy it for the most part. Some of the conversations are a bit cheesy, and the miscommunication between the hero and heroine was frustrating since the reader can read their thoughts the whole time. Books like that I always get frustrated thinking ‘if you could just be honest with each other we wouldn’t have these issues.’ Maybe that’s something that we as humans should strive more for is being honest with people around us whether we know them super well or not. But I think that’s a talk for another time. Anyways Wyatt and Sutton’s love story was sweet and cute and I like the setting of the book especially. This one had a bit of a Grease (like the musical) feel to it since the goody-two-shoes girl is a good influence on the guy and the guy is a little bit of a bad influence on the girl (just enough to let her experience some different things). In the end they develop great affection for each other and it’s a pretty good love story. I would recommend, especially in connection with the series, which I enjoy.

The bottom line: I thought this was a fairly good romance novel. I think the series overall is pretty cute, I would recommend it. 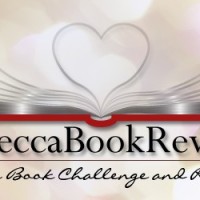